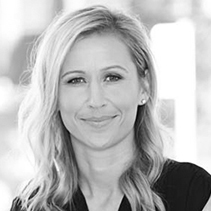 Lauren is the Founder of Pulse Collective, an award-winning Australian marketing and communications agency. Recently named as one of Australia’s 50 influential women entrepreneurs, Lauren is a regular panellist on ABC’s Gruen TV show and a commentator on Channel 7 news and The Project.

She started her first business more than 13 years ago, and has grown a successful, award-winning and competitive presence in the marketing and advertising industry, picking up a number of accolades including the prestigious NSW Telstra Young Business Woman of the Year award.

Lauren is currently the CEO of the Orana Group, which includes the Australian Restaurant of the Year 2018 and 2019, Restaurant Orana.

In addition to The Orana Foundation, Lauren is the Chair of the McLaren Vale Grape Wine and Tourism Association, and Board Director of the Rundle Mall Management Authority. 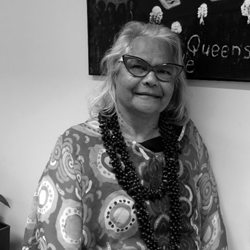 Jo has worked for the State and Commonwealth Government, as well as Aboriginal and non-Government agencies for many years. She has extensive experience in Indigenous cultural training and developing culturally appropriate training programs tailored to different groups.

A proud Wakka Wakka woman, Jo was born and raised in the Cherbourg Aboriginal Mission. Her mother was sent out to work for white families and pastoral properties, while her father was banned from the Mission when she was born. She moved out of Cherbourg with her mother and step father to Ipswich and then to Acacia Ridge in Brisbane, before relocating to Adelaide in 1972. 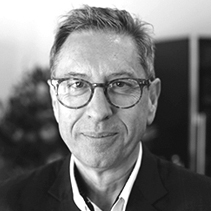 Norman has over 30 years’ experience as a Finance Director and CEO, spanning commercial, government and not-for-profit sectors in culture and tourism, humanitarian development and aid, finance and tax, philanthropy, telecommunications and the extractive industry.

He is passionate about working with extraordinary people to realise their vision of creating and developing enterprises which bring about sustainable positive economic, social and cultural change.

Norman has held positions as Head of the CEO and Chairman’s Private Office of BP PlC, Director of Finance and Planning for BP Exploration in the US, Group Finance Director for Cable & Wireless (UK), Chief Financial Office and Deputy CEO of Optus Communications, CEO of the Sydney Opera House, Deputy Chair of the Australian Brandenburg Orchestra, and most recently as CEO of UNICEF Australia.

He has led organisations, large and small, through periods of transformational change and growth, bringing his commercial experience, strategic vision and business acumen to not for profit enterprises. Norman also sits on a number of cultural sector advisory boards and foundations. 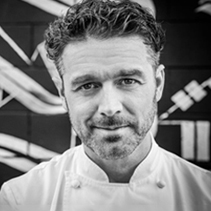 Born in Scotland and raised by an Italian and Scottish family, Jock Zonfrillo’s formative years were heavily influenced by his respective cultures and their understanding of seasonality and connection to the land.

Jock began working in Scotland’s great country house hotels before moving to London, where he worked with many great chefs, including Marco Pierre White and David Cavalier.

Keen to experience new culinary cultures, Jock then spent a year in Australia at Sydney’s Restaurant 41. It was here that his serendipitous meeting with an Aboriginal man began to form an idea that would eventuate in The Orana Foundation.

Returning to the UK, Jock again worked for Marco Pierre White, this time at Les Saveurs. He then then helped launch The Pharmacy by artist Damien Hirst, before opening a restaurant in a small boutique hotel on the Cornish coast.

In 2000 the opportunity to return to Australia as head chef of Restaurant 41 presented itself and Jock immediately took it. He had discovered his spiritual home in Australia. His time in Sydney was followed by consultancy work before he moved to Adelaide as Executive Chef at Penfolds’ Magill Estate Restaurant. He remains in Adelaide and is now chef and owner of Restaurant Orana and Restaurant Blackwood.