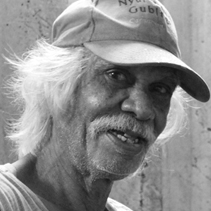 Bruno was one of the original artists for “Walkabout Australia” which became very successful in Europe, Canada, USA and Japan. In 1985 he was awarded a certificate from the Chief Minister for the Northern Territory for his contribution to art. In 2001, Bruno helped establish the Manowan Aboriginal Corporation, which was named after the country that Bruno’s grandfathers had left for him. As Chairperson, Bruno began his life’s work of healing and restoring his culture and country, while bringing employment and opportunities to many other members of the Nyul community.

Bruno has been an invaluable support for the Foundation, and continues to provide guidance and insights to the Board. 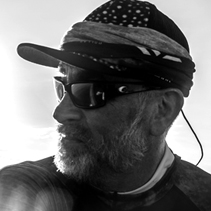 Alex Atala is a Brazilian chef of Irish Lebanese ancestry, who runs the restaurant D.O.M. Native ingredients are a hallmark of his cuisine, from jambú, a herb that creates a tingling sensation on the tongue, to Atala's now world-famous use of ants.

He is also the Founder of the ATA Institute in Brazil which researches and promotes Brazilian Indigenous ingredients, working directly with Amazonian communities.

Internationally acclaimed, Alex frequently give lectures at major gastronomic events around the world. He is passionate about native food, acknowledging cultural heritage and giving back to Indigenous communities.

In the establishment years of the Foundation, Jock spent time with Alex in the Amazon where he shared his exstensive learnings in setting up a Foundation and how to design the most effective research team.